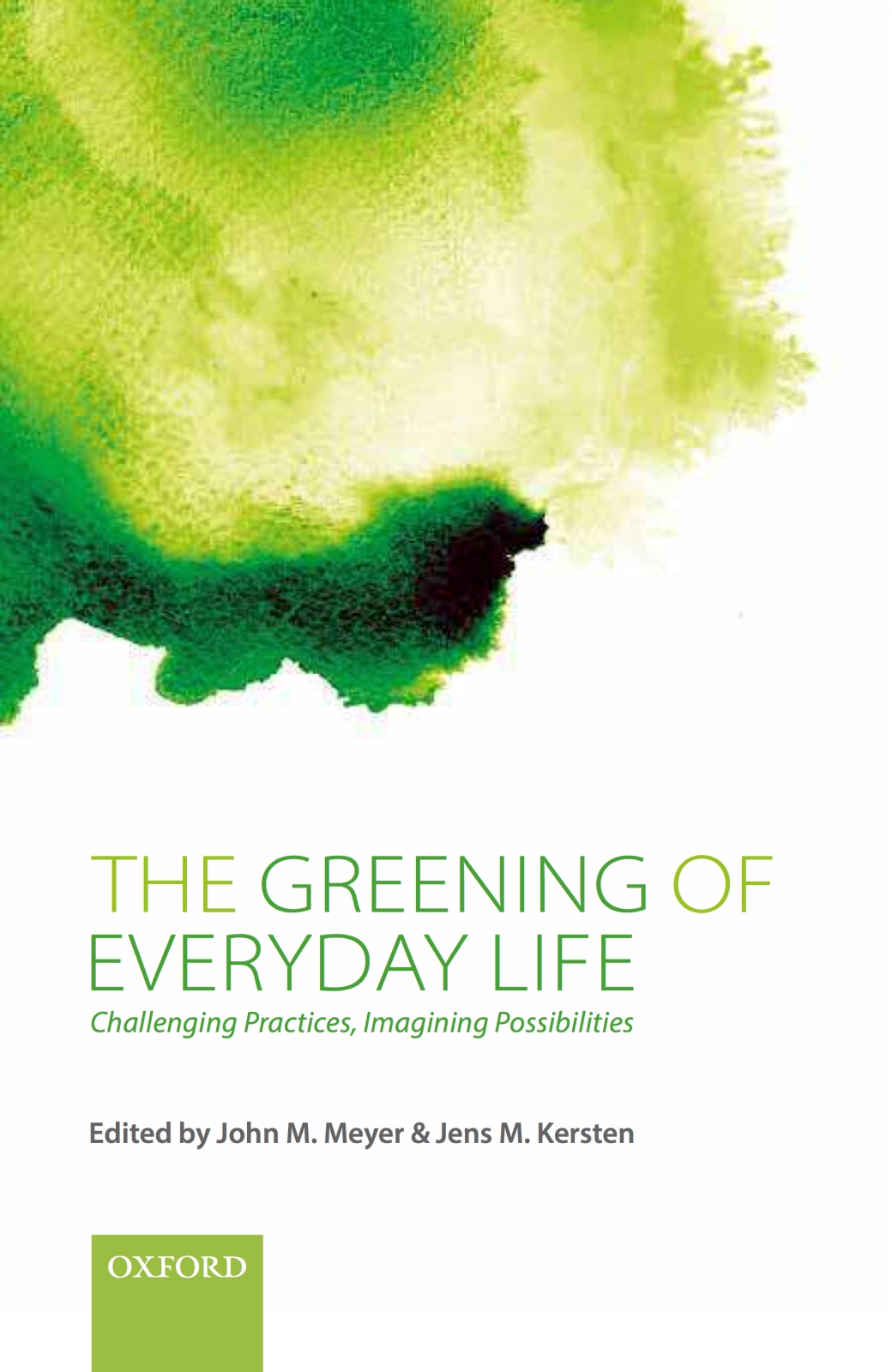 The Greening of Everyday Life (2016, Oxford) is a new volume edited by John M. Meyer and Jens M. Kersten. A international collection of essays, it originates from a highly productive and original 2014 Rachel Carson Center symposium by the same name.

I’m happy to have contributed Chapter 14 in the book on Bicycling and the Politics of Recognition, drawing on the literature of the politics of recognition to ask what would it look like politically for cyclists to be given fair voice and equal standing in our urban streets. Based on a case study from my work with the Los Angeles County Bicycle Coalition from 2008-2010, I identify the importance of safety in determining cycling equity between the sexes. In cities like Berlin or Amsterdam, an equal or higher percentage of cyclists are female. In LA, by contrast, only 10-20% of cyclists are female. I point to infrastructure as a determinate element in such outcomes. If cities wish to provide freedom of mobility–and cycling certainly is an inexpensive, autonomous mode of mobility–then attending to cyclists, rather than rendering them illegible to the state, is an important institutional commitment. Building on Danielle Allen’s politics of neighborliness and concretization of recognition through distributed social and political sacrifice, and Andrew Szasz’s critique of the rise of personal commodity bubbles (like cars) to deflate the political urgency of collective action problems (like clean air sustainable cities), I offer a reading of cycling as the urban activity par excellence for cities to address the dual matters of social justice and environmentalism.